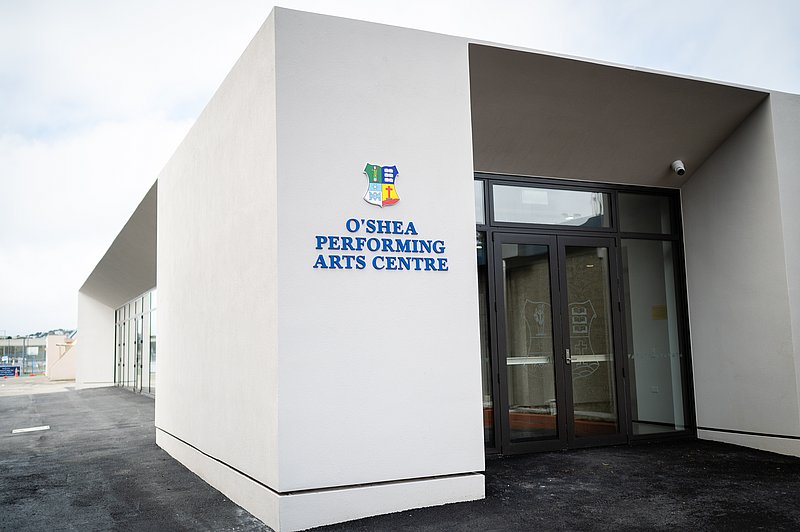 Present at yesterday’s opening were representatives from the Society of Mary including former Rector, Fr. Brian Wysocki, members of the Marist Senate; members of the Boards of Proprietors, Trustees and Foundation; Cornerstone Legacy donors; parents; Old Boys’ and supporters.

The building is named after Archbishop Thomas O'Shea who was a foundation student of St Patrick's College in 1885. He was ordained a priest of the Society of Mary and in 1935 O'Shea became the Archbishop of Wellington, the successor to Archbishop Redwood who founded our College.

Performances from our College Choir Con Anima, the Multicultural Club and a violin ensemble were outstanding, and a credit to all of the students and particularly their teachers and/or tutors who supported them. It was a real highlight of the opening.

Our Manu Taupua Matua, Duncan Gempesaw, best summed up the event “Music and the Performing Arts are a big part of what makes St Patrick's College unique and great. As a school, we have had many successful students who have pursued careers in Drama and Music, and they have always acknowledged the importance of their time at College, unlocking their potential through the resources we have at school.”