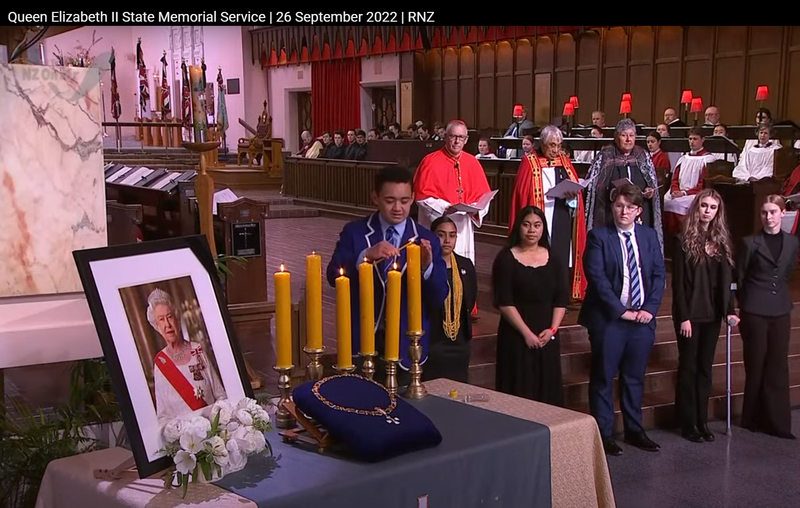 St Pat’s Old Boy and 2022 New Zealander of the Year Sir Tipene O’Regan was one of our country’s official representatives at the state funeral in Westminster Abbey of her late Majesty Queen Elizabeth II.

Sir Tipene (1953-1958) had been appointed an additional member of the Order of New Zealand in this year’s Queen’s Birthday and Platinum Jubilee Honours.

At the Queen’s memorial service held in the Wellington Cathedral of St Paul on September 26 another Old Boy, the New Zealand Herald of Arms Extraordinary, Phillip O’Shea (1961-1965) read out the Queen’s titles and styles.

Our year 10 student Wade Kafatolu was one of six young adults, representing various youth organisations from around the country, who took part in a candle lighting ceremony during the service.

Phillip was appointed in 1978 as the first New Zealand Herald of Arms Extraordinary to the Queen.

At a ceremony held on the steps of Parliament on September 11, Phillip read out the proclamation of accession for King Charles III in English.