SPCOBA Old Boy of the Year 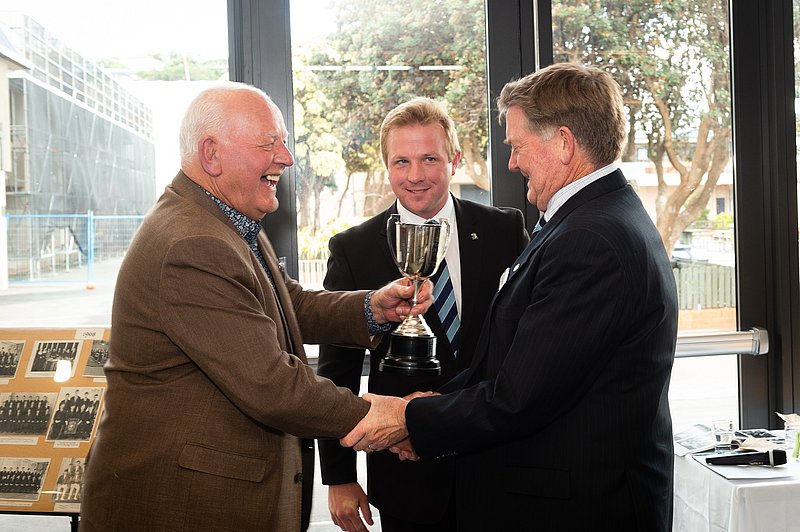 Evan represents many of the fine qualities that Felix Kane himself demonstrated in his long tenure developing and maintaining the association. He has been diligent in fostering a spirit of friendship across generations of old boys, with a keen interest in their welfare and families. He is a stalwart of both St Patrick’s colleges and promotes their interests, for example as a busy member of the organising Committee SPC Town 125 Jubilee Celebrations.

He has remained on the Executive Committee of the Old Boys Association since 2000 and was President from 2011-2014. He has served in the Wellington Catholic community in many ways, from Marist St Pat’s rugby affiliation, to boards of trustees, including Chair of St Bernard’s Catholic School in Brooklyn for eight years.

Evan has had a varied and successful career in business, after graduating with an MBA from Victoria University, most recently as Chief Executive of Wellington-based Expert software development, website design, and hosting company.

He is an entrepreneur and business start-up advocate and has published a successful booklet about how to set up and run a small business in New Zealand. He has travelled widely, often on two wheels, living out of his love of cycling as a member of the Onslow Tar Babies team, which includes several SPC old boys. He has wide networks and diverse interests, including an impressive private museum of golf. He was always involved in OBA golf days on the Kapiti Coast.

Many thanks to Lina McManus, the Development Manager of the Town Foundation, Tom Mahony the chair, and Rector Mike Savali for hosting a fantastic evening.